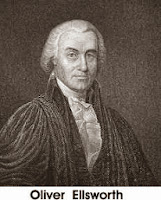 It is commonly thought that Connecticut did not ratify the Bill of Rights Amendments until 1939, a pro forma ratification. But in fact, misfiled documents newly discovered in Connecticut’s archives show that Connecticut ratified the first 12 – significantly, not 10 – Amendments to the Constitution, commonly called “the Bill Of Rights,” in 1790.

The ratification document, discovered by researcher Eugene Martin LaVergne and misfiled under “Revolutionary Documents,” has been reported to Connecticut’s archivist. The newly discovered document -- misfiled in the year 1780, rather than in its proper year, 1790 -- is itself revolutionary because the earlier ratification dates of Connecticut and Delaware mean that at least one important long forgotten amendment – a reapportionment amendment, the real “First Amendment” to the Bill of Rights reported out for ratification by Congress – must now be considered an amendment lawfully ratified in 1790. In order to make the amendment operational, it must be reported to the U .S. Congress either by David Ferrierno, the Archivist of the United States, an office delegated with the task of accepting this amendment and presenting it to Congress. Alternatively, the ratification notice may also be presented to congress by a Connecticut U.S. Senator.

Mr. Ferrierno was apprised of the ratification, according to Mr. LaVergne, when in 2011he was presented with a lawsuit, Eugene M. LaVergne v. Rebecca Blank, Acting Secretary of Commerce, el al, No. 12-778, that detailed all the votes of the states, “including a copy of Connecticut’s voting record from 1790 on this amendment certified by the Archivist of Connecticut.”

In the original Bill of Rights, the so called freedom of speech amendment, presently the First Amendment was, in fact, the Third Amendment. The common understanding that the amendments were arranged in order of importance is simply not true; the ordering follows references in the Constitution. Every amendment in the Bill of Rights is equally important.

The history of the ratification in Connecticut is a bit of a winding road. Mr. Lavergne’s discovery puts a period, he believes, on a historical point – there is no doubt that Connecticut did, in fact, ratify the Bill of Rights shortly after the Constitution was offered for ratification. And the discovery leads to an inescapable conclusion: The first 12 amendments to the Constitution were ratified by both houses of Connecticut’s General Assembly in 1790.

For more than two centuries, we have been laboring under the misapprehension that passage of the 12 amendments to the Bill Of Rights, significantly including the apportionment amendment, had fallen short of ratification by one vote; we were told that four states, Connecticut among them, had never voted to ratify the original Bill Of Rights. Mr. Lavergne’s discovery upsets this historical apple cart. Given the earlier ratification date, Connecticut and Vermont become the two states that, having ratifying all 12 amendments, carry the vote across a threshold that established the First 12 Amendments to the U.S. Constitution in 1790.

From a historical point of view, Mr. Lavergne’s discovery is astounding. A Connecticut ratification of the original Bill of Right lay sleeping in the wrong bed in Connecticut archives for more than 200 years. During the modern period, the commonly accepted wisdom was that Connecticut had spurned amendments to the Constitution, a charter of liberties guaranteeing freedom of speech, freedom of assembly, freedom of religion, and other rights and immunities familiar to many Americans.

The commonly accepted wisdom was wrong.

The account above of the original First Amendment presented to and affirmed by Congress is the only accurate record we have of the committee proceedings. It was written by then “acting majority leader” in the Senate Oliver Ellsworth, who sat on the drafting committee. Ellsworth was a Connecticut senator who played a major role, along with Roger Sherman, also of Connecticut, in proposing to the Constitutional Convention the so called “Connecticut Compromise,” a bicameral arrangement in which members of the U.S. Senate were to be elected by state legislatures. Ellsworth’s version of the “Connecticut Compromise,” adopted by the convention and written into the Constitution, was later revised by Amendment XVII, which provided for the popular election of U.S. Senators.

It would be difficult to overestimate the importance of a documentary find that so radically alters our understanding of the part played by the “Constitution State” in U.S. Constitutional history.
Posted by Don Pesci at 9:07 AM